Ray Dalio, Bridgewater Associate’s founder and the bestselling author of “Principles” was recently on an interview with Bloomberg and shared his view that the capital market is “no longer a free market.”

From the legendary investor’s perspective, central banks are no longer confined in the role as market moderators but rather have stepped in and became one of the biggest players in the capital market.

Assets, bonds, and companies’ shares buyback have ballooned the Federal Reserve’s (Fed) balance sheet to surge to a staggering $7 trillion dollars, added $3 trillion during the second quarter of 2020 alone.

Will there be sunshine after the rain? After the COVID pandemic of 2020 has passed, there is still no answer to what will happen to the excess amount of liquidity (to be more precise, debts) created from central banks’ aggressive monetary policy. If the world markets cannot recover quickly after the pandemic has subsided, these chunks of debts will have to roll over and continue to create more problems in the future.

Dalio also highlighted that the US dollar will slowly lose its value as more money is being printed. In the short term, however, the dollar is still high in demand as the majority of the world chose the US dollar as their reserve currency and most of the international trades are conducted via the dollar. Nevertheless, when the US dollar starts to flood the market, then the demand will begin to shrink.

The question is when that happens, can digital assets such as Bitcoin step up? An asset which is secure and not under any government’s jurisdiction, Bitcoin shall bear no part of the responsibility of debts created by the central banks.

As money from traditional markets starts to flow into Bitcoin, it will eventually become more mature and begin to stabilize. Larger market caps and bigger players will propel Bitcoin towards the ultimate goal of being a new world’s currency that is fair and verifiable, while breaking away from any governments or central banks interventions.

Currently, the Bollinger band is still the best TA tool to identify resistances and supports as Bitcoin is still hopping sideways. At the same time, the 89 days exponential moving average (89EMA) in blue is proving short term support to our orange coin.

According to the band, important support lies at $8,500 while the ultimate resistance is at $10,500. Trading within this range could provide maximum profitability of approximately 20 percent.

Ethereum (ETH) is following Bitcoin closely as it moves in a sideways manner, similar to the trend we are seeing in the Bitcoin market at present. Therefore, we can utilize the same TA tools of Bolling band and 89EMA to identify the supports and resistances.

Major overhead resistance is at $250 and support is at $220. Trading within this range could provide maximum profitability of approximately 16 percent.

The SCN30 Index has topped out at 150.33 points before rolling over to the weekly’s low at 147.29 points. The overall structure is still indecisive as the majority of coins in the crypto market. Expect the index to fluctuate between the range of 130 to 160 points. 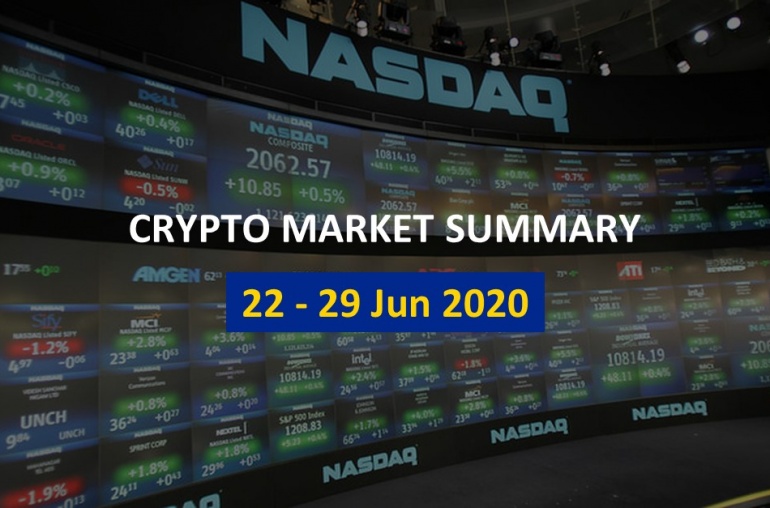