Wall Street has been playing and paying the influence game like a pro for decades, so it’s no surprise then that the crypto industry which is looking to disrupt the incumbent financial services sector is taking a leaf out of the Street’s playbook.

Their coffers filled with the spoils of an incredible pandemic period that saw cryptocurrency prices soar, industry players are now doling out some of that cash to entice the very regulators who police them to come aboard.

The number of personnel moving between jobs in the U.S. cryptocurrency industry and government agencies has soared.

In a new report by the Tech Transparency Project, a watchdog group, there have been nearly 240 instances of the so-called “revolving door” where employees leave the government for the private sector and vice versa.

But the move is hardly new.

During his term as Chairman of the SEC, Clayton applied his regulatory ambit in a piecemeal manner, going after some initial coin offerings as unauthorized securities, while looking the other way on others.

But Clayton’s high profile move to the crypto-side has since set a strong precedent for dozens of former top SEC and White House officials to do the same.

According to Tech Transparency Project, many of these former government officials are now working on behalf of cryptocurrency exchanges like Coinbase Global and Binance Holdings as well as token companies like Ripple Labs.

The traffic is not one way either.

According to the report,

“Faced with mounting legal and regulatory pressure in Washington, the cryptocurrency industry has turbocharged its D.C. lobbying machine.”

But corporate capture of the Capitol is hardly new, nor is it specific to the cryptocurrency industry.

Employing former regulators has been common for years on Wall Street and in other industries, where modest government salaries are very quickly replaced for massive pay packages that the private sector provides.

Given the bumper profits that some of crypto’s biggest companies have made over the past few years, they are understandably pouring money into lobbying efforts to either curb or at the very worst, delay new rules amidst a growing pressure to regulate the industry.

Overall the trend should be positive for cryptocurrencies, as lobbyists ensure that regulations cater to the necessary, providing a certain framework to expand their businesses and engage more stakeholders, while doing away with costly compliance burdens. 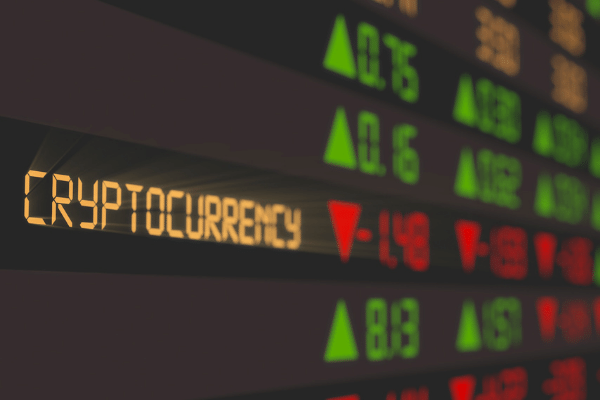 U.S. Bitcoin ETF Gets Closer to the Finish Line