According to Deloitte, over 50% of worldwide organizations see blockchain adoption as their strategic priority, with 86% of executives expecting it to go mainstream, and 77% recognize that not adopting blockchain could cause them  to lose their competitive edge.

However, blockchain integration into an existing infrastructure is not the same as building your product or service using blockchain architecture from the ground up.

To ensure a successful migration process, a great deal of attention must be paid to the existing customer base, and finding the proper way to facilitate the experience for them as well.

For instance, companies that are looking to secure their users’ identities are increasingly looking towards adopting blockchain. However, as the technology is still a big unknown for an average consumer, product makers and service providers are seeking out the services of companies that can make the process seamless for their users.

While the average cryptocurrency user may very well be familiar with private key access and signing from their wallets, using these same access points to authorize applications, for example, can be a confusing and uncomfortable experience for non-cryptocurrency users.

Companies like AIKON have found a way to formulate a smooth migration process onto another platform and provide the ultimate identity security solution, as well as a powerful protocol for easy digital asset access, control and management.

Therefore, careful consideration of their needs, user habits, familiarity with the architecture (and assessing how much they need to know about the impending adoption of blockchain) needs to recognize ways to facilitate the transition process for them and eventually ease of use down the line.

Here is how to make it painless for your customers.

While company executives and government officials are getting rapidly familiar with the benefits of moving their backend infrastructure to the blockchain, their end-users might not.

And why should they? It’s not important to consumers to tell their brand how to do things faster and cheaper. They’re not necessarily concerned with transparency, security, and data immutability without knowing how it affects or benefits them.

So the question to answer for the end user is: “What’s in it for me?”. Identify how your customers benefit significantly from blockchain transition and communicate it to them.

For example, a customer might feel safer if they knew that the solution protects their personal data from being unknowingly accessed by unauthorized entities. They might also appreciate knowing that blockchain keeps them in complete and sole control of their assets.

Bear in mind that the technology is still mostly unfamiliar to the broad masses, or it may be reduced to Bitcoin and other cryptocurrencies in their minds, so stick to the simplest of explanations concerning the why and the how.

For more interested customers with advanced knowledge of the concept, it would be wise to concentrate on addressing specific concerns they might have raised in a clear and transparent way.

For example, to demonstrate how blockchain-enabled authorization works, you could use illustrative or visual “How-to” guides outlining the flow of the process, rather than the precise technical details.

This will help you prepare your customer base for any changes they will experience first-hand and might contribute to its expansion as well.

When switching to a new platform of any kind, it must alleviate the overall user experience, especially if it affects the system they come into direct contact with.

For instance, adopting blockchain for enterprise asset management may not be directly visible to your customers, as they don’t have access to your operations’ back office. But it will probably affect their perception of the service they have gotten from you or the quality of the product made by your company.

But when it comes to a banking app’s user interface, for example, things change drastically. If it changes, it needs to be for the better.

Therefore, if you are keen on integrating blockchain technology, make it easy for customers to use it, guide them through the process, and train your support to provide the necessary information in case of issues.

Companies adopting blockchain have the responsibility to make the concept approachable to their users and remove any concerns that might arise. AIKON’s ORE Enterprise, for instance, is one such identity management solution that found a way to do this quite well — a backend business blockchain integration that happens completely behind the scenes that results in a net neutral change for the end user experience on the front end.

One of the advantages of blockchain is the potential for exerting more control over the way you pay for your operations and business processes. Today, businesses can switch from paying for centralized servers and services like AWS and Google Cloud, to a model that pays for public blockchain transactions.

In this way, instead of paying flat enterprise fees on a subscription model, costs scale along with business volume (and in many cases, depending on the public blockchain, can end up being far cheaper when transactions are batched or conducted off-chain via a second layer).

For businesses worried about the additional steps and possible complexities for their users switching over to blockchain, they can simply opt for solutions like AIKON’s ORE ID, which helps companies facilitate transactions on behalf of their users. At any stage, should users elect to independently control their transactions with their own private key, ORE ID also allows for that flexibility.

As a relatively new and unknown concept, blockchain technology is to an average person indistinguishable from its products, such as many types of cryptocurrency. That also means that any scandal with Bitcoin, for example, will be automatically associated with blockchain.

Companies adopting blockchain technology can guarantee the next generation of data security to their customers, but they must also be able to communicate that clearly.

All companies operating on the blockchain must do what they can to enter the regulated framework — such as it is at this stage — to be able to officially say to their customers that their information and funds are safe with them and that they needn’t have any asset security concerns.

Not only will that facilitate customer acclimatization to the changes, but it will also draw other stakeholders and end-users to the company.

As the number of industries adopting blockchain rises, so does the number of people being in direct contact with the concept. It’s up to the companies leading the charge to make sure they transition their customer base safely and painlessly to the other side by being transparent about the effects it will have on user experience, data security, and overall product or service quality.

This article originally appeared on aikon.com 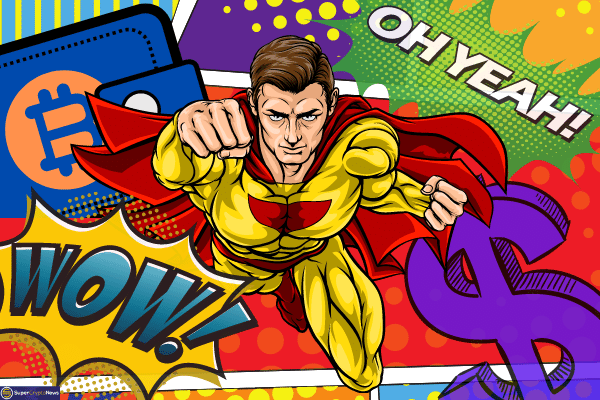 Lost Your Password to Your Crypto Wallet? Wallet Recovery Services to the Rescue 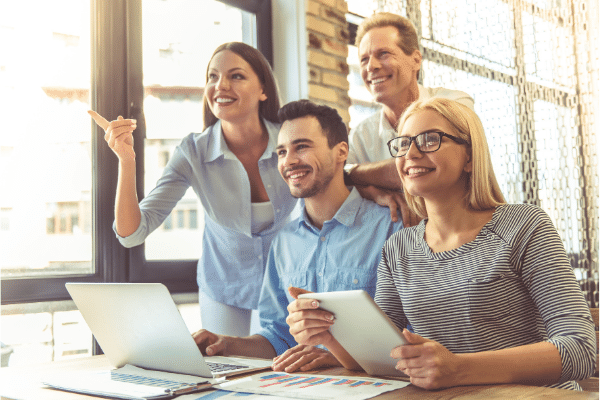