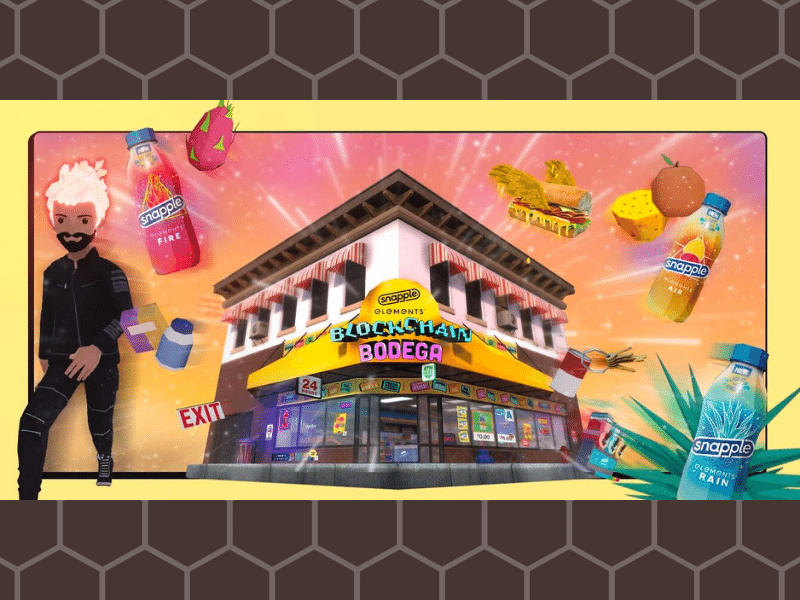 Beverage company Snapple has announced that they have built a virtual corner store in the style of New York City in the Decentraland metaverse game — and it comes with a bodega cat.

Snapple’s recent “Elements” drink collection is heavily promoted throughout the entire installation. According to the firm’s website, anyone who buys a real-life bottle get to claim a non-fungible token (NFT) wearable via a code.

Moreover, one part of the in-game scavenger provides a $1.39 rebate code for anyone purchasing the drink. Oddly, the real-life discount rejects cryptocurrencies, insisting users must link their PayPal accounts in order to cash in.

This is not the first time Snapple has ventured into Web3. Last May, the company collaborated with Tezos and OneOf, a Polygon-based NFT platform, to release its debut collection. This was the start of what now seems to be a more extensive campaign aimed at consumers who are interested in both the beverage and cryptocurrencies.

Renowned Twitch streamers are also involved in a portion of the bodega’s marketing. These streamers have been actively promoting the installation on social media.

Although most metaverse users scoffed at Snapple’s promotions, it is probable these installations will become normalized once the idea of Web3 becomes increasingly mainstream.

Case in point, although Pepsi’s attempt at adopting crypto slang was met with cringe from the crypto community on Twitter, its ensuing NFT collection ended up being successful — generating almost $6 million in sales volume.