With bitcoin’s price booming and its market cap reaching all-time highs, you can excuse people for getting excited. When money talks, people listen.

Now that everybody’s obsessed with price, I sense a shift in mindset and perspective around bitcoin. Long-time haters have started to begrudgingly admit “there might be something there” or it’s a “partial store of value.”

Yet, even among those who have started to change their minds, they don’t really “get” it. They just see its price going up and wonder what they’re missing. They don’t think about the significance of a peer-to-peer electronic cash system, nor why people get so hyped about it.

For many, bitcoin is a millennial thing that they can get rich off of. The merits? Not so important. The message? Meh, it’s going up faster than gold.

This article is my response to everybody that dismisses bitcoin as a Millennial thing that’s only good for making money.

In one sense, it’s a defense of bitcoin from people who can’t understand why it has any value or why we would spend our time and money on it.

In another sense, it’s a reflection on Millennials—our history and values. As the first generation that came of age in the 21st Century, we have a unique perspective that’s worth exploring.

It’s not about the money

When I talk about cryptocurrency, I get the same questions again and again:

“What’s bitcoin backed by? Should I buy it? Do you think its price will keep going up?”

Instead of opening up conversations about the nature of wealth, finance, privacy, and government, it always comes back to money.

Yes, bitcoin is money, but it’s also more than money.

As you read this, developers and businesses have already started using this open, permissionless payment protocol to build real products and services that lower the costs of doing business, get rid of barriers that keep entrepreneurs from getting loans and taking payments, and make money easy, cheap, and convenient for people who don’t have banks or good governments.

This is a luxury we take for granted, but for many people, it’s a privilege normally reserved for a select few.

And this matters because . . .

. . . because it’s all happening organically, without any government involvement or subsidy. It’s happening despite the opposition of powerful elites.

We have grown up in the midst of the greatest transfer of wealth from the middle class to the rich, while the poor remain poor—and all of it financed with debt and subsidized by workers.

Then you crashed the stock market, made houses too expensive to buy, raised entry-level requirements, and lowered entry-level pay.

When we skimp on savings to pay our landlords and pay back our student loans, we’re not being irresponsible. We’re trying to dig out of the hole you put us in.

Other generations mock our lifestyle choices. They build their political power and financial fortunes from our time, talent, and ingenuity, then blame us for their problems.

How many things have millennials killed so far?

The system has failed

In the U.S., our generation has seen our government pass a budget on time ONCE. Twice, it didn’t pass a budget at all. And never have any of those budgets been balanced.

We have seated three presidents, but only one got into office by winning the majority of the votes. Our fourth president will take office amid accusations of fraud.

Our electoral experience starts with dangling chads, continues with Russian interference, and ends with frivolous lawsuits. Our votes are gerrymandered, cherry-picked, and where there are too many people affiliated with one party or another, ignored.

Our politicians rig the system in favor of their own interests or against their opponents’ interests while the voters lavish votes and money on whichever party seems to say the right things at the right time. Each party conspires to undermine the Constitution in one way or another, the only question being how and how openly.

We’re being pummeled by political parties while we argue about which fist we prefer, the left or the right.

Some say we should be more politically active, but the moment we run for office, they call us young, inexperienced, naive, stupid, reckless, and ignorant.

Leaders, where are ye?

Instead of bringing us together, our leaders insist on pitting us against each other.

The police do everything right almost every moment of every day. They save us from fear, terror, and death, preserve safety and order for millions, and improve our communities in many ways—but one horrible mistake, one incident out of millions, and they’re despised.

And still, everybody misses the point.

When we advocate for what matters, we aren’t advocating for the oppressed. We’re advocating for our friends and colleagues. Our neighbors and family. Our coaches and teachers.

When we say we want a country where we can run for public office without fear our president will coerce a foreign country to frame our children for fake crimes simply because we campaign against him, it’s not because we’re mad about the last election. It’s because we care about the integrity of our government and the rule of law.

One day, principles will matter more than votes, money, and earned media. Until then, it’s feed the beast, wag the dog, bread and circus.

Our leaders have the power to stop all of this, but they don’t.

Instead, they use their power to incite more hatred and violence. They claim to serve those cherished institutions that have bound us together for generations, but they use those same institutions to rip us apart.

Social media platforms claim to offer a voice to the voiceless, but their algorithms spread only the most salacious and aggressive messages while hiding anything they consider mundane.

Outrage is bought and sold. Controversy is mass produced—better yet when it’s perfectly tailored for a fundraising letter or a campaign speech.

We live in a world of fake news spread by fake profiles where the only thing that’s real is the artificial intelligence that created them. Fact is fiction and Facebook is reality.

Anybody can ignite a culture war with 280 characters typed into a cellphone and posted on an electronic bulletin board, all the while, solving nothing. All that anger and nothing changes.

So what’s that got to do bitcoin? Why does bitcoin matter to us?

Because bitcoin doesn’t care about any of that.

It doesn’t care where you live, how much you make, or who you marry.

Interest rates too high or too low? Doesn’t affect bitcoin.

None of that matters to bitcoin. It’s just an algorithm. A computer program. It doesn’t get strong or weak based on what political party is in power or who sits on the Federal Reserve Board.

You don’t lose your bitcoin when you get fired or when your company goes out of business, like you lose your healthcare or your pension.

It doesn’t treat you differently if you’re wearing a suit instead of t-shirt or because you share the same skin color as the person you’re doing business with.

It doesn’t lavish money on big businesses while throwing crumbs of fortune at the small ones.

It will never sell your personal information to a company or government that will use it against you.

Bitcoin will never do any of those things—it’s programmed not to.

No “anti” here, just a choice

For all the things I’ve said, I don’t think by and large this generation dislikes banks and governments and powerful institutions. Most of us aren’t rallying or lobbying about that.

Most of us don’t really think about it. We’re doing what every other generation does—buying, saving, borrowing, working, and living.

There’s no “anti” here. We use whatever’s convenient. Whatever works often enough that we’re OK with.

The difference is, we have bitcoin. With bitcoin, we have a choice. The choice is:

Get your head out of the bubbles

I realize previous generations don’t see this as a choice. They just think it’s silly.

They would never put their fate in the hands of a formula, a network of strangers, an asset that only exists in pixels and lines of computer code.

My problem is, the conversation keeps us from getting into that.

The conversation begins and ends with “that’s YOUR thing” and in between, you get a whole bunch of people who can’t get over the idea that bitcoins are not backed by anything.

“It’s ridiculous! It’s a bubble! I don’t get it. It doesn’t solve any problems. You can’t make money from it. Nobody uses it. It always crashes. It’s slow and expensive. Rat poison squared. Stupid internet money. I’m buying gold.”

That’s the story of the Millennial generation: “I told you so.”

It started with the dot-com bust, a tragedy we had nothing to do with.

In 2000, after the bubble burst, all we heard was “the internet was a stupid, terrible idea, a big bubble, it doesn’t solve any problems, you can’t make any money from it, nobody uses it. Stupid. Told you so.”

Meanwhile, our hopes of a great paying job disappeared when the market collapsed.

A few years later, we climbed out of that hole and started putting money into the one asset that everybody said was the BEST investment you could make, the key to financial freedom, the bedrock of the American Dream — a house.

The housing market collapsed. In some places, it hasn’t recovered.

Which one was the bubble?

Today, we may not own houses as much as older generations, but we use the internet. It’s everywhere. It’s everything. It’s what kept the world moving when the pandemic hit. It saved millions of people’s lives.

It’s the first big innovation we ever had and it’s the innovation that molded us.

And you said it was a stupid, terrible idea. Go buy a house.

No. That’s not the story of the Millennial generation. We have a choice. Our choice is:

Which would you choose? 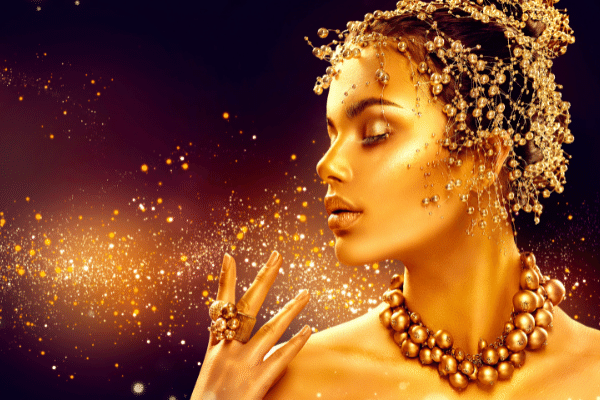