A Comprehensive Guide to Bitcoin Halving 101

Before diving into the topic of Bitcoin Halving, it is crucial to learn about some of Bitcoin’s fundamental qualities that makes this cryptocurrency such a unique asset. For better understanding, Bitcoin has a supply cap of 21 million BTC and cannot be replicated, produced or ‘printed’ like fiat currency. The process of obtaining Bitcoin is both time and energy-consuming as individuals or potential miners engage in the Proof-of-Work (PoW) verification system known as “mining”.

For a miner to earn Bitcoin, they will have to fulfil two conditions: Firstly, miners have to find and verify a block of transactions and secondly, they have to be the first miner to provide a correct answer to a given numeric problem. Once both conditions are fulfilled, new bitcoins are minted and given to the miner as compensation. This is better known as “block rewards”.

In the halving process, it is a common misconception that all existing Bitcoins are reduced by half. The halving event only applies to the amount of BTC generated from each block reward.

With a total Bitcoin supply limit set at 21 million, Bitcoin’s code mandates that block rewards will be halved with every 210,000 blocks produced. Usually, miners find a new block and add it to the Bitcoin’s blockchain network in intervals of ten minutes. By estimation, a BTC halving event is set to happen once every 2.1 million minutes or approximately every four years.

Has a Bitcoin Halving Event Happened Before?

This is the third Bitcoin Halving event in Bitcoin’s 11-year history, with the first and second Halving events happening in 2012 and 2016 respectively. When the genesis block was mined in 2009, the reward for finding and adding a new block was 50 BTC. Back in those days, Bitcoin was relatively unknown and 1 BTC held little value. Similarly, mining was less competitive and did not require customized mining hardware as is needed in mining today. In fact, individuals could easily mine Bitcoin using a simple personal computer. The first halving cut the rewards per block to 25 BTC, and the same happened in the second halving where each block reward was cut to 12.5 BTC. This year, the third halving will further reduce block rewards to just 6.25 BTC per new block.

What are the Potential Impacts of the 2020 Bitcoin Halving on the Market?

Tentatively occurring on May 12, the halving event will fundamentally affect Bitcoin in three different ways:

1. On Price – The dwindling block rewards have a long-term impact on Bitcoin price. Once the halving occurs, there will be a supply shock due to fewer newly-mined Bitcoins each day. However, this doesn’t guarantee a surge in Bitcoin price. From the previous two halvings, we have learned that price appreciation will be gradual depending on the demand and supply of BTC in circulation. As Bitcoin halving has been the topic in recent months, some might even argue that, by now, traders have already been buying up the asset in speculation that price will rise, which action is also known as “front-running”. Front running refers to capitalising on an action in the traditional trading markets prior to a particular event. This front running could very well be the reason why BTC price skyrocketed to $14,000 during the second quarter of last year. From hereon, the price could continue to trend sideways or even drop as traders begin to “sell on fact” after “buying on rumour”.

2. Effects on the Miners – As Bitcoin continues to dominate the market, this inevitably attracts newcomers to the mining industry. For the inexperienced, one might think if the halving drives up bitcoin price, miners would be swimming in a pool full of money, but in reality, there are more factors people often forget to consider. As the mining scene becomes more competitive and saturated as we approach halving, Bitcoin has been programmed to counter this possibility. Miners will face an increased level of difficulty when mining new blocks which takes up a longer time, more computing power and hence expenses. This results in a smaller margin, or even none at all, when it comes to miners’ rewards.  Ultimately, the halving may push miners with smaller margins out of the scene since they may not be able to keep up with increasing expenses and decreasing revenue.

3. Effects on Bitcoin Inflation – Currently, 1,800 BTC is the number of new BTCs mined per day resulting in a 3.8% yearly inflation. However, after the halving, the inflation rate will drop by 2% to a yearly 1.8% inflation, which is equivalent to 900 new BTCs per day. At 1.8% inflation rate, it is significantly lower than most fiat currencies’ inflation at approximately 3.14% per year. To illustrate, many miners sell most of their mined bitcoins instantly to cover costs and expenses on a daily basis. Thus, when fewer bitcoins are to be mined each day, this will cause the selling pressure from miners to drop by half as well.

BTC: 3 Things You Should Know:

Bitcoin was created with many unique properties mentioned above to keep the system rolling on its own. Carefully coded algorithms and mechanics are in place to maintain Bitcoin’s scarcity. There are a total of 21 million bitcoins available which includes 1 million BTCs in Satoshi’s wallet and those that have been lost in the past 11 years. In today’s world, there are 48 million millionaires in the world and yet, not every single millionaire will have the opportunity to own 1 BTC , and this in itself is perfect to demonstrate BTC’s scarcity.

The block rewards halving was intentionally designed to maintain the inflation rate of bitcoin in accordance with its price as adoption and demand grow larger over the years. The self-regulated systems incentivize miners to continue supporting the network regardless of BTC’s price and other factors. These are just some of the many reasons that make bitcoin so special and carefully crafted. Perhaps, it may finally achieve the goal of becoming people’s money that sustains itself into the future one fine day.

You may also want to read: Sentimental Analysis is a Secret Method You Never Uses 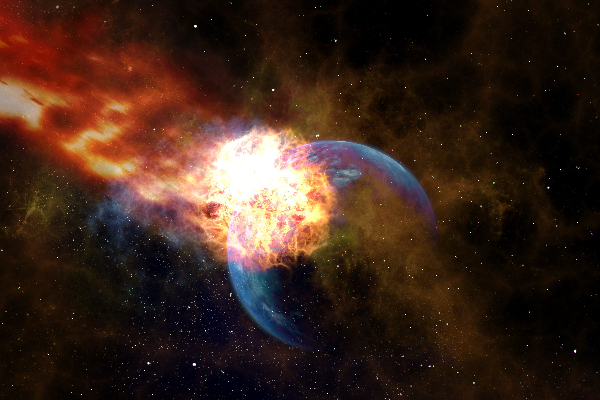