Most cryptocurrency projects have gone through a similar experience throughout the first half of 2020, with many seeing increased growth to create a yearly high during February and crashed back down during March’s blood bath.

Recoveries came soon after the crash and most of the coins saw steady gains, with some coins recovering faster than others. Only a few projects still dwelled in the negative territory but even fewer projects have managed to reach new all-time-highs.

Bitcoin (BTC) has stacked a 28% YTD gain thus far, with the yearly high made in February at $10,500 which remains a significant resistance in July this month. The yearly low was created during the mid-March COVID flash crash to $3,800 but buyers swoop in quickly and Bitcoin has been on a strong recovery since. However, since the beginning of May until now, Bitcoin has been stuck in a sideways trading range, failing to make a decisive move in either direction.

Ethereum (ETH) reached an impressive 74% YTD gain. The yearly local high was at $290 and it saw a swing low at $90. Ethereum’s recovery is somewhat healthier than Bitcoin from the ETH 2.0 upgrade hype, which pushed the price upwards all the way into June before resuming another sideways consolidation period similar to that of Bitcoin’s.

The top performer for large-cap altcoins is Crypto.com’s proprietary CRO token, which attained a massive gain over 280% YTD. CRO has been in a bull run since the beginning of 2020, with a small pull-back during March but it was back on track quickly, finally creating a new ATH at $0.129 earlier this week. CRO has a strong use case of crypto lending on the Crypto.com platform with a shocking 16% p.a. return rate for a 3-month contract.

The runner up is Cardano (ADA) with the Shelley upgrade coming up, and this has caused the price to continue to go up with 157% YTD. ChainLink (LINK) came in third place with many looking to utilize its decentralized Oracles solution, at the moment of writing LINK is trading at $4.55, only an inch away from its ATH at $5.

Ripple (XRP) on the other hand, is the worst-performing large-cap altcoins in 2020 as it recently lost its third position in terms of market capitalization to a stablecoin, USDT. The YTD returns for XRP is at -5%, after the COVID crash, XRP recovery has been slow and painful. The overall price structure is still in a clear downtrend and there is no sign it will flip bullish anytime soon.

SCN30 Index has kicked off the year at 100 basis points, at the end of July, the index is hovering around 150 points. This means that the curated altcoins in SCN30 are outperforming Bitcoin with almost 50% gain YTD. Traditional assets like gold are seeing 17% YTD, silver at 3%, NASDAQ at 16%, while the S&P 500 is still in the negative at -4%. WTI crude oil remains in a deep red at -35% YTD from the sudden drop in oil consumption caused by the pandemic.

In the second half of 2020, Libra 2.0 is still something to keep an eye on since the ripple effect can possibly spark a bull-run in the crypto market similar to what we have seen when Libra was first announced in 2019. However, this will come to pass only if there are no abrupt changes to regulations overseeing the crypto industry in the US. Facebook has admittedly been hitting plenty of regulatory hurdles, the most recent of which has to do with WhatsApp Pay being banned in Brazil only two weeks after it was launched for use. Financial authorities and the crackdown on the industry still remain one of the largest challenges crypto businesses will have to surmount.

The trend of decentralized finance (DeFi) and yield farming have caused the DeFi market cap to grow over $4 billion this year. With the Compound (COMP) launch of its governance token and the ETH 2.0 upgrade hype, will these be the catalyst for a bull-run just like what ICOs did in 2017?

From the macroeconomic perspective, the excessive money printing for Fed’s quantitative easing policy and another relife stimulus on the way to aid those suffering from the economic consequences of the COVID-19 pandemic have struck up concerns of hyperinflation. The latest world economic outlook growth projection from the IMF has projected the global output to be at -4.9%, while calling this “A Crisis Like No Other” reflects uncertainties and fear in the macro perspective. 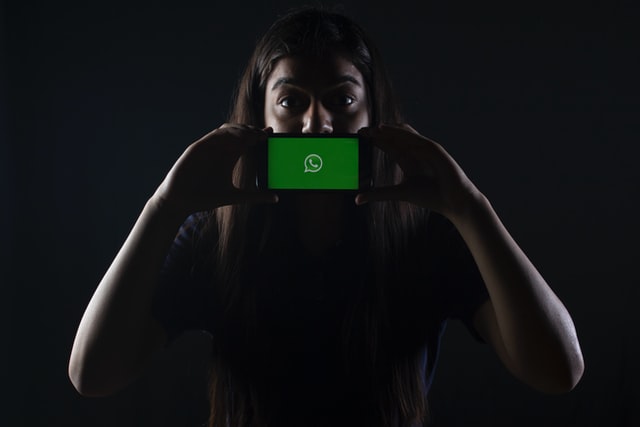