Bitcoin Halving, the most anticipated event of the year for the crypto community, is approaching in less than 24 hours as we are expecting to witness the event on May 12th at approximately 9 PM (UTC). Traders and investors alike are similarly hyped up as the Halving event poses a major development in Bitcoin’s fundamentals which has historically pumped up the price of Bitcoin to an all-time-high (ATH).

Moreover, we saw Bitcoin’s price skyrocketing above $10K last Friday, fueled by traders’ greed and expectations. For a brief moment, the crypto community celebrated, before the reality check kicked in, where prices dropped more than 15% within minutes to a swing low at $8,100.

First of all, the quadrennial Bitcoin Halving event hardly has a magical effect on the market, where every HODLers and long traders’ wishes stand to be fulfilled and prices head straight for the moon after.

When taking a closer look at the previous two halvings, we can see that there were either pre- and post-halving dumps that shook off weak hands and liquidated traders high on hopium. Moreover, an adjustment period is required for the price to absorb fundamental changes before possibly appreciating and taking us to a new ATH. Numerically speaking, it took us 369 days after the first halving to hit a new ATH then, and 526 days after for the second.

Compared to how stock prices are affected with changes to stock par value, Bitcoin Halving does not directly have an impact on prices of Bitcoin. The effects are more subtle as it only decreases the inflation rate of new Bitcoin being minted, which subsequently boosts its fundamentals aspect of scarcity.

When considering this in the aspect of supply and demand, if there is less supply, prices should go up. However, the reality is not always that simple. If supply can fluctuate, so can demand. By any chance, if demand for Bitcoin drops by half in the following months as the current hype dies down and speculators begin to leave the market, this may ultimately cause prices to drop even with a drastic decrease in new supply.

In order to sustain price increases, we need strong use cases for Bitcoin similar to the role gold plays as a part of the national reserves. For example, with big-name investors like Paul Tudor Jones stepping up and recommending the mass to buy Bitcoin as a hedge against inflation, only then may we expect the price to surge to another new ATH.

The bull market has not arrived yet.

In the short term perspective, Bitcoin still remains on the upward supporting trend line (in yellow) which served as a perfect support when Bitcoin bounced back exactly on the level at $8,100. Breaking down below this line suggests that greater losses can be expected.

Looking at the mid to long term, if the rebound fails to break above the local high currently sitting at $10,000 which is also an important psychological level, we could be looking at a double-top and the halving bull run might have to be postponed. However, if Bitcoin manages to smash through the resistance as well as the sloping downtrend (in red) which dates back to the previous ATH in 2017, this could be a confirmation sign that Bitcoin has flipped back to a new bull market. We could expect to see Bitcoin go back to retest the previous high at $14,000 and, eventually, the ATH at $20,000.

Meanwhile, the SCN30 Index is at 133 points where it decreased 15% from yesterday. This suggests that the SCN30 and Bitcoin are having a relative performance as both dropped by similar percentages. 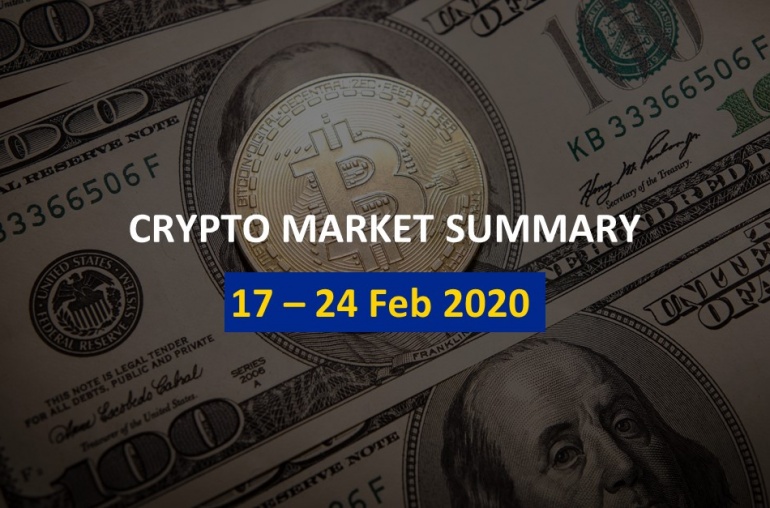 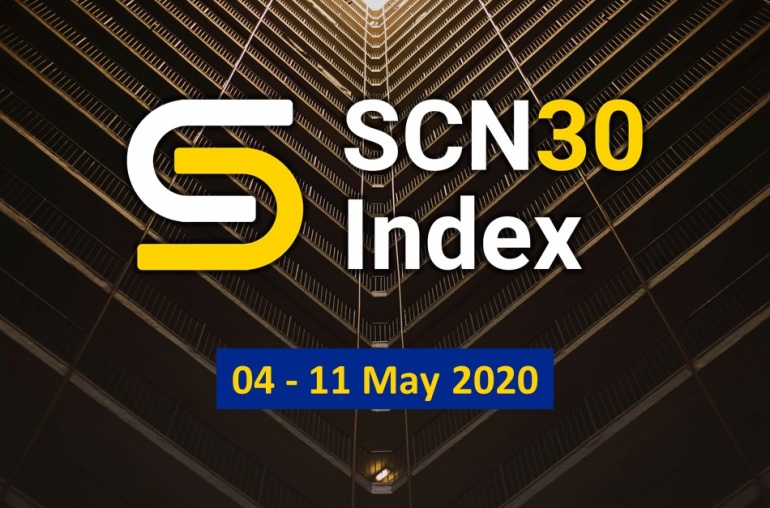